On January 1, China will no longer be accepting waste from other countries, with Vietnam, Thailand and Indonesia likely to feel the brunt of the new policy
12 December 2020

China, which used to be the world’s salvage king, is shutting its door to all waste imports starting the first day of the new year. The recent announcement triggered the same kind of anxiety among waste-exporting countries as in 2018, when China enacted its “Operation National Sword” policy, which banned the import of 24 types of solid waste, including plastic waste.

The 2018 policy switch caused the world’s major waste-exporting countries – Europe, Britain, the US and Australia – to scramble for alternative destinations, including Southeast Asian nations like Thailand, Vietnam, and Indonesia, which quickly became overwhelmed by the volume of refuse they received. Soon after, these countries began to impose their own bans and restrictions on waste imports.

With China’s latest announcement about a blanket waste ban, concerns have been raised about the effects this might have on Southeast Asian countries, where limited waste-management capacities are common.

Vietnam, which borders China and was one of the countries most affected by Beijing’s 2018 waste policy, might not be ready for more imported waste. According to a national report released last month, various types of solid waste imported for manufacturing do not only not meet the national technical standard in regards to environmental protection but also put more pressure on waste-management services in the country.

Meanwhile, most of the domestically made solid waste processing equipment is unsynchronized, incomplete and not yet common in the country – going by the National Environmental Status Report in 2019 issued by the Ministry of Natural Resources and Environment. No specific national guidelines exist on what technology to use to treat municipal solid waste.

Since 2018, the Vietnamese government has kept a tight rein of its scrap imports through various policies, including amending the country’s technical standard to ensure only quality scrap is allowed in and cracking down on illegal shipments of thousands of containers of paper, plastic and metal scrap. Vietnam imported 9.2 million tons of scrap in the same year, a 14 per cent year-on-year increase, according to Vietnam customs statistics. 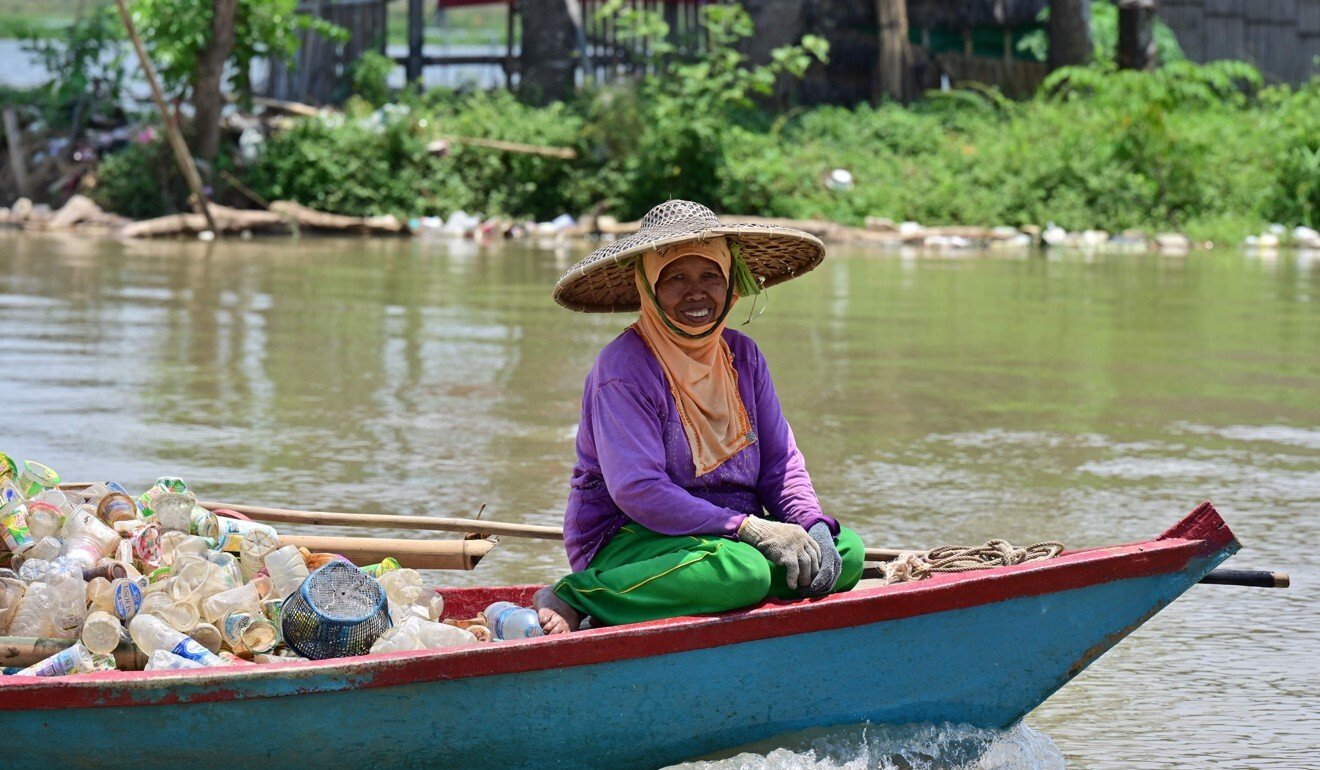 By the end of October this year, there were about 3,300 unclaimed containers at Vietnamese ports – a significant decrease compared with the tens of thousands of such containers in 2018, according to the Ministry of Transport’s newspaper citing the General Department of Customs.

The country is also struggling with a mounting trash problem of its own, with its domestic solid waste volume having jumped 46 per cent from 2010 to 2019, according to the recent report by the environment ministry. Vietnam generated about 64,700 tons of municipal domestic waste a day last year – more than two-thirds of the waste is buried in landfills, while the remainder is either burned or turned into compost.

Only from 8 per cent to 12 per cent of such waste is recycled in Vietnam, according to the Institute of Strategy and Policy on Natural Resources and Environment.

Vietnam is also a mass producer and consumer of plastic – almost half of plastic designed and produced domestically is of the single-use type. Vietnamese officials announced last year that they would ban all imports of plastic scrap by 2025 as a way to lessen the environmental burden.

In neighbouring Thailand, another country facing waves of imported waste from rich countries, the government banned electronic waste and halted the issuance of new import permits for plastic waste in July 2018 before announcing that it would completely ban all foreign plastic waste starting in 2021. However, policies are in dissonance with reality in regard to imported plastic waste bans.

‘’Because existing import permits were valid for one year only, no valid permits existed after July 2019, and thus imports of plastic waste should have stopped. Nevertheless, imports of plastic waste continued,’’ So Sasaki, a visiting scholar at Chulalongkorn University in Bangkok, said in a September paper about the effects on Thailand of China’s waste import restrictions.

Penchom Saetang, director of the environmental foundation Ecological Alert and Recovery-Thailand (EARTH), said corruption is a major reason Thailand has imported so much plastic waste, and that recycling companies often bribe government officials to be granted permission to go about their work.

Data from Thailand‘s Ministry of Natural Resources and Environment shows that there were 323,000 tons of imported plastic waste in 2019, more than half of the amount recorded the previous year.

Thailand is the world’s fifth-largest plastic polluter, according to a study published in October in the journal Science Advances – following the US, Britain, South Korea and Germany.

Penchom said that since at least 2017, the relocations of Chinese recycling companies to Thailand and alleged neglect and corruption by authorities have turned the kingdom into a dumping ground for plastic scrap and electronic parts. She fears that more local communities would be affected next year by pollution caused by the use of chemicals in the recycling process unless action is taken to address these issues.

In Indonesia, the government cannot import general waste and hazardous and toxic wastes from abroad because the constitution prohibits the country from doing so, according to Novrizal Tahar, director of solid waste management at the Ministry of Environment and Forestry.

What is allowed is reprocessed waste material, with the maximum impurities on imported scrap materials capped at 2 per cent, he said.

The Indonesian government aims for the domestic plastic industry to be able to produce its own scrap materials without having to import from elsewhere by 2026, while the same goal slated for the paper industry would be achieved by 2030.

"For conditions like Indonesia, the most appropriate thing is to make sanitary landfills first, step by step" - Aretha Aprilia, CDM Smith.

“But it cannot [be as easy as] turning the palm of the hand. There is an ecosystem that must be prepared, the [number of] dumps can be increased, society must also be encouraged to sort the trash,” he added, highlighting the waste-management obstacles in Indonesia.

Indonesia, which makes use of landfill in its waste-management system, has successfully processed some 80 per cent of total domestic waste, with the government envisioning 100 per cent of waste being processed by 2025.

Almost every city has a dumping ground in Indonesia, according to Aretha Aprilia, a project manager at the Jakarta branch of CDM Smith, a global private engineering and construction firm providing client service and solutions in environment, water, energy, transport and facilities.

“For conditions like Indonesia, the most appropriate thing is to make sanitary landfills first, step by step; take baby steps because if we want to jump straight into waste-to-energy [technology], our financial capabilities are still inadequate,” she said, adding that open dumping method is still being practised in landfills. 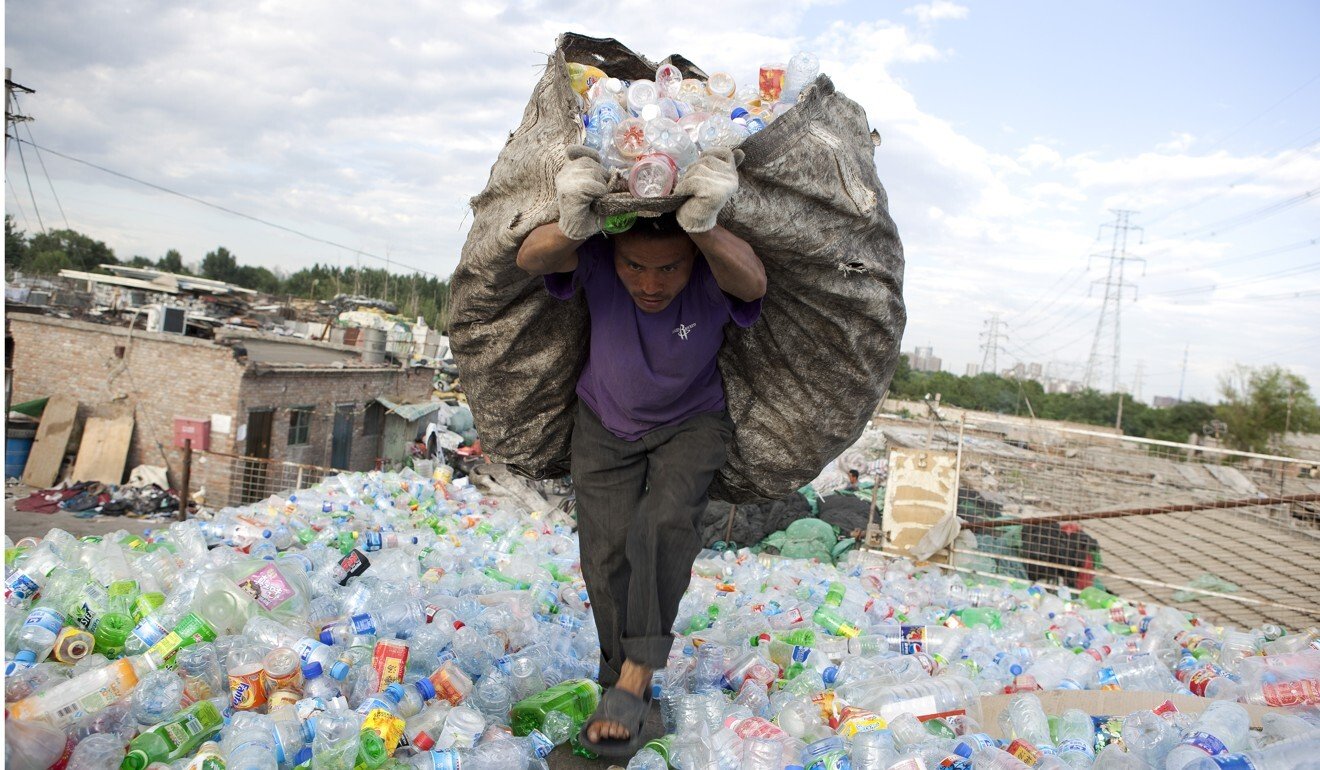 Danny Marks, assistant professor of environmental politics and policy at Dublin City University’s School of Law and Government, said recycling waste is bad for Southeast Asian economies due to the negative effects it has on people and the surrounding environment.

“It can cause long-term health problems from air pollution caused by recycling factories. But also marine plastic pollution could damage tourism,” said Marks, who has spent years doing research in environmental governance in Southeast Asia. “Further, these factories are contributing to worsening waste water near Bangkok, which is damaging aquaculture production downstream.”

He added that the coronavirus pandemic has halved demand for recycled plastic in the region, since the economic recession has dampened demand for oil, which in turn has reduced the price of new plastic.

“Given this lower demand plus the numerous deleterious effects of waste recycling, it would be sensible for Southeast Asian countries to follow China’s lead and adopt an all-waste import ban too,” he said.

When China started to ban certain waste imports in 2018, it shifted the burden to consume trash from the developed countries to Southeast Asia – but it also triggered other shifts, including an amendment to the Basel Convention, an international treaty which governs transboundary movements of hazardous wastes and their disposal.

The amendment, agreed by almost all countries in the world except for the US last May, dictates that unrecyclable plastic waste is banned from being shipped to poorer countries without their consent. It will come into effect in January 2021.

Meanwhile, the real-time effects of China’s 2021 blanket waste import ban on countries like Southeast Asia are yet to be seen.

Abi Aguilar, the Southeast Asia regional campaigner for environmental group Greenpeace who has been working on the waste trade issue, said she would not be surprised if more plastic waste will again find its way to the region and “leave developed countries to use the varying and inconsistent waste-management policies in Southeast Asian countries to push through with their plastic waste exports”.

Challenges in treating and monitoring the plastic waste surplus in both export and import countries have created favourable conditions for illegal activities in trade and waste treatment to take place in the plastic waste sector, according to a report about global plastic waste management released in August by Interpol, the world’s largest police organisation.

“As waste import countries around the world introduce new legislations restricting plastic waste imports, Interpol estimates it is very probable that plastic waste trade will continue to adapt and divert shipments to new and vulnerable countries,” the report said, adding that those receiving destinations will likely be countries in Southeast Asia, Africa and Latin America.

Aguilar of Greenpeace acknowledged that efforts were being made by Southeast Asian countries to prevent themselves from becoming the world’s dumping grounds, but added that her organisation does not think the measures are effective or enough to address the problem.

‘’Since these are unilateral, it will remain a vicious cycle and redound to developed, exporting countries finding another potential waste destination,’’ she said, adding that Asean needs to work together and make an urgent joint declaration to end the trade in plastic waste imports from abroad while exporting countries should also establish and upscale domestic recycling for their plastic waste.
Sen Nguyen